Charles Dickens has always been one of my favorite authors and certainly a man ahead of his time. In Victorian England, Dickens funded a periodical in which literature of the day appeared in serial installments, including Dickens’ own with the debut serial release of A Tale of Two Cities. Self-publishing at its earliest and finest! 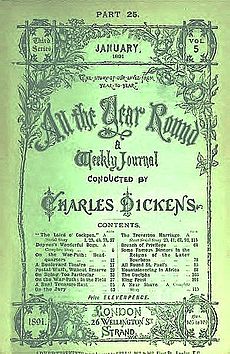 This realization that a man as talented as Dickens decided to break from his publisher and circulate his own works gives me some hope in a changing publishing world. I’m not comparing myself to Dickens by any means, but in the entrepreneurial sense I would like to think I am in good company.

I consider myself a hybrid author. I have heretofore and still am being published by one of the Big Six (or is it Five now?) and the former Warner Books, with the rights to one of my historical novels purchased by the foreign market and translated into five languages. But I also self-publish, which earns me the “hybrid” designation.

In the present publishing environment, the fact one has the freedom to publish one’s own works greatly expands a writer’s opportunity for creativity, penning (or should I say keyboarding) stories that might not interest editors at the moment due to the company’s money constraints, editorial wish lists, or a variety of other factors. As an author, you are still able to offers those stories to your tried and true readers as well to a whole new batch. It can be the best of both worlds, although it is, quite honestly, a heck of a lot of work, a true labor of love with profits—and losses—your own to claim.

As I progress in my endeavors, I plan to write more about the process. In the meantime, I am shamelessly announcing the release of my own serial: Emerald Twilight, a fantasy/soft sci-fi romance which I hope will become the start of the Warrior Women Serials, stories of strong, independent women in assorted genres.

Years ago, Emerald Twilight was released in just such a serial fashion, but the small and wonderful publisher did not outlast the downturn in the market. I have now rewritten and released once more this story of hope and survival, redemption and, well, yes, love in a distant world inhabited by a variety of characters and frightening creatures.

We watch episodic television, so why not read in the same manner? And for those of us 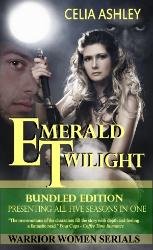 who binge-watch their favorites on streaming services such as Netflix or Hulu, you can buy the bundled episodes through Amazon in one digital book and read the entire story at once. For the next few days, the first episode is free, so you can get a feel for whether you want to go forward with the tale before purchasing either each episode or the bundled version.

At any rate, if you choose to take the chance on this new-old form of entertainment, kindly drop me a line, comment on this blog, or write a review to let me know what you think of it.