There was no levee. I only liked the sound of it as a title, while the Led Zeppelin song played in my head. What broke loose was a raincloud of immense capacity, which caused the worst flooding of the Hosensack Creek that I have seen in the nearly two decades I’ve lived here. My neighbor said in the 45 years of his residence, flooding had never been this bad. Unfortunately, there’s more heavy rain predicted for tomorrow.

When I first realized the waters had come up in torrential rage, the creek was flowing over the guardrails and had completely flooded the road. I thought I saw (and later realized I was not mistaken) at least two of the neighbor’s sheep roll over the guardrail with it, the fence to their pen having been torn away by debris. Several cows followed, the most unfortunate of them getting sucked into the flow under the bridge to bob up again on the other side. Never fear, all of them were found (some a good distance away and only one of them limping a bit) and herded back home. A single sheep still remains afield as of this writing, so traumatized by the experience that she refuses to let anyone near her.

What follows are photos taken at various stages, including the aftermath. They do not do justice to the powerful flow of water when the flood first came roaring down. 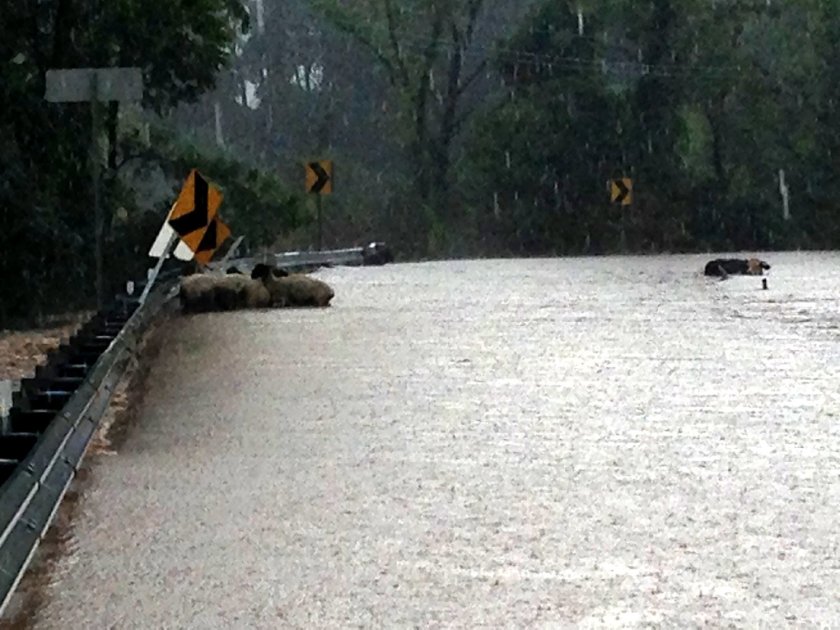 These sheep had attempted to swim to safety while still on their side of the road, but were swept up against the guardrail. Their sisters had a rougher ride downstream. The cow in the background tried to swim back toward the barn as well, but was sucked into the current shortly after this photo was taken. Forced by water under the bridge, it surfaced on the other side and was later found a against a tree, frightened but alive. The owner brought the cow home, unharmed. People arrived, drawn by the drama, but also to help find the animals, including Lehigh County Animal Rescue and fire personnel.

When I took this photo, the water was not flowing as hard. The second fence post back is four feet high. It had been underwater. 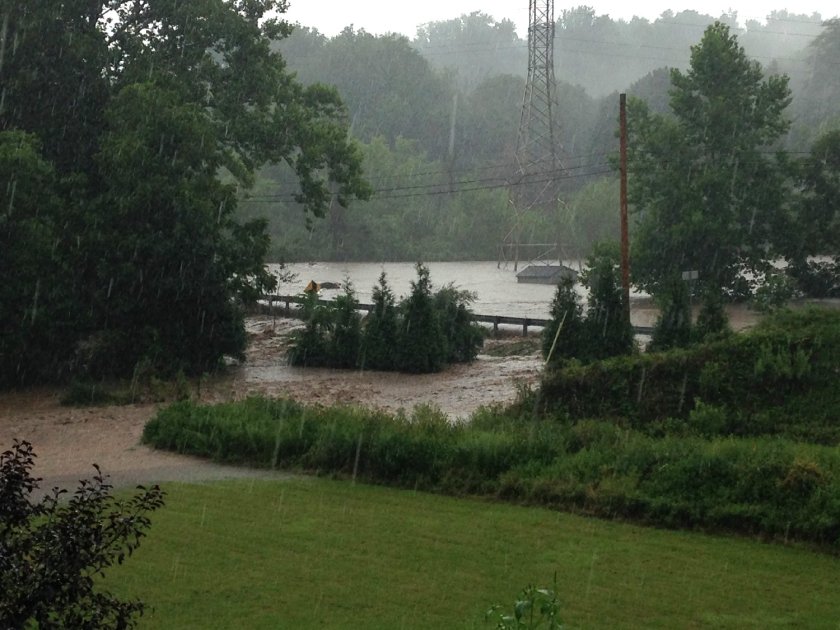 The Hosensack runs about twelve to fifteen feet wide under normal conditions. You can see how far it had spread. The floodwaters cut a swath through the woods. In the valley beyond, the water went from one side to the other, a width of about six or seven hundred feet.

This is the Hosensack sweeping through my property. My youngest son witnessed a cow bobbing up and scrabbling for a log that broke under its weight about fifty feet to the left. The cow was later rescued.

This is the shed you can see in the previous picture (two above) and the vegetation that now blankets the fences since the water receded.

Below is all the damage to the bridge. There is a road closed sign at each end of this stretch but, yes, certain people keep moving the cones and driving around. *sigh* (Before posting this, Penndot arrived en force. Not sure what they’re doing, but NO ONE is going around those signs now.) 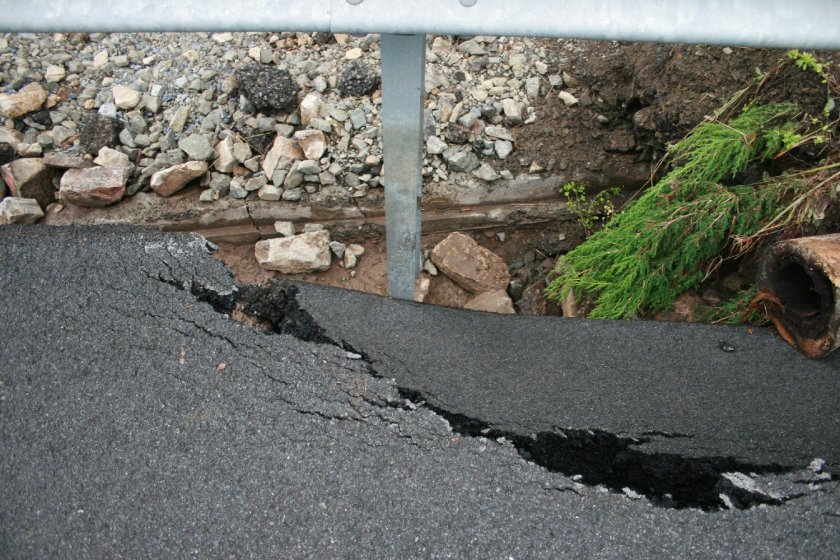 I am a multi-published author, illustrator and crafter. The creating keeps me sane. View all posts by robinmaderich

2 thoughts on “Lehigh County – when the levee breaks…”