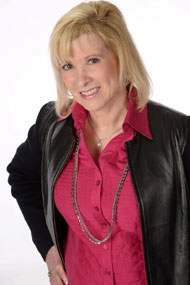 Robin: Today I am interviewing best-selling author Kathy Kulig. Hi, Kathy, and welcome! I’m so glad to have you here.

Kathy: Hi Robin. Thanks so much for having me!

Robin: Very well stated, Kathy. I think people who are unfamiliar with the genre don’t realize this. Your stories run the gamut from futuristic steam punk to stories about demons and vampires to members of the CIA. Recently, however, you mentioned that your favorite storyline involved shape shifters. Do you want to talk a little about why?

Kathy: I guess you can say I’m a gypsy writer. I do write in a lot of different genres because I enjoy reading in them too. But I do love shifters and have written a number of them. A couple are out of print right now, but I plan to re-release them with a new series and new books. My other shapeshifter series is my Demons in Exile series. The shifters are based on a Norwegian myth where a person can don any animal skin and change into that animal for a time. There are four books (one short story prequel) in this series.

Robin: You’ve written a series involving political intrigue and a group of operatives who work within the political sphere to protect individuals and the country. How do you research that topic?

Kathy: Red Tape, book 1 in my FLC Case Files series took a lot of time to research. It takes place partly in the White House and I had to get an idea on the layout and then embellish it with a dungeon, secret passages and rooms. I also researched military weapons, foreign governments, CIA, Secret Service and many other things. I managed to contact someone who is retired from the Navy and now works as a merchant marine.

Kathy: Ha! That’s the fun part. In the story, the First Lady’s Club is a secret organization run by the First Lady that uses blackmail, coercion and undercover sex scandals to manipulate foreign and domestic policies and take down some really bad guys.

Robin: You’re quite accomplished as an author, with a number of novels and novellas under your belt. When can we expect your next book? 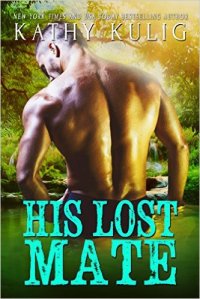 Kathy: Thank you, you’re a doll for saying so. I still have much to learn. I just released His Lost Mate—a paranormal romance—a couple of weeks ago and I plan to release Red Tape Protector, book 2 in my FLC Case File series. It will be out around mid-August.

Robin: You have been published by Ellora’s Cave and also self-published, including anthologies with other authors of erotica. How did these collaborations come about?

Kathy: I was really fortunate to get in on the Spice Box collection last year. That was my first step into self-publishing. Talking with other authors online and at conferences, letting them know I was interested in taking part in a box set helped that opportunity come about. AC James was organizing it and she asked me. An opening came up last minute and I had a book ready so I jumped on the invite. There were sixteen authors in this collection and many were heavy hitters in the romance genre. Their huge mailing lists and fan bases and everyone’s hard work during the release pushed the sales where we hit the New York Times and USA Today lists. I’m in a couple author groups now and we’re working on new collaborative projects into next year. I really like working on these projects. Collaborative groups are like mastermind groups. Authors pool their knowledge, experience and enthusiasm. I’ve learned so much from these groups.

Robin: It seems that erotica is the underlying theme in all your stories, binding them together (excuse the pun) despite the varied settings and characters. Does having such a common theme make it easier for you to find inspiration for your tales, or more difficult to fit the theme into the setting?

Robin: I love that! Great theme. You have been the interviewee in a number of interviews, eliciting reactions that are occasionally less than positive, almost personal in nature. How have you learned to handle such negativity?

Robin: You were also co-author on a non-fiction work, Write to Success, which is described as (taken from your website): Eight New York Times and USA Today bestselling authors share how to build a successful writing career. Write to Success covers all those frequently asked questions every new indie author wonders about self-publishing and has strategies for the advanced self-publisher. How did this come about? Can you tell me a little bit more about the book?

Kathy: After the Spice Box set hit high on the NYT and USA Today lists, authors and new writers were asking us how we did it. So a number of the authors decided to get together and pool our expertise. This book gives a ton of information with lots of links to references. That reference/resource links page is worth the price of the book alone. We talk about the steps we took to make Spice Box a success. What we did right and not so right. The legal issues authors need to be aware of, as well as how to distribute royalties, cover, formatting, editing, coordinating, promotion, etc. There are also sections that are helpful to newer writers and those not pursuing self-publishing. I think it’s a very valuable reference book.

Robin: And, as I ask everyone, what are your plans for the future?

Kathy: I have a number of projects I’m working on now. I want to finish the FLC Case Files series and finish a four-book shapeshifter series. (Two of the four books are completed.) And I’m working on three box sets that will come out in the next year. Mainly keep writing and learning. I have met the most amazing people through my writing career—writers and readers—and many are my closest friends now.

Robin: Thank you so much for allowing me to interview you. It’s been informative and I look forward to speaking with you again!

One thought on “Words – Interview with Author Kathy Kulig”

I am a multi-published author, illustrator and crafter. The creating keeps me sane.